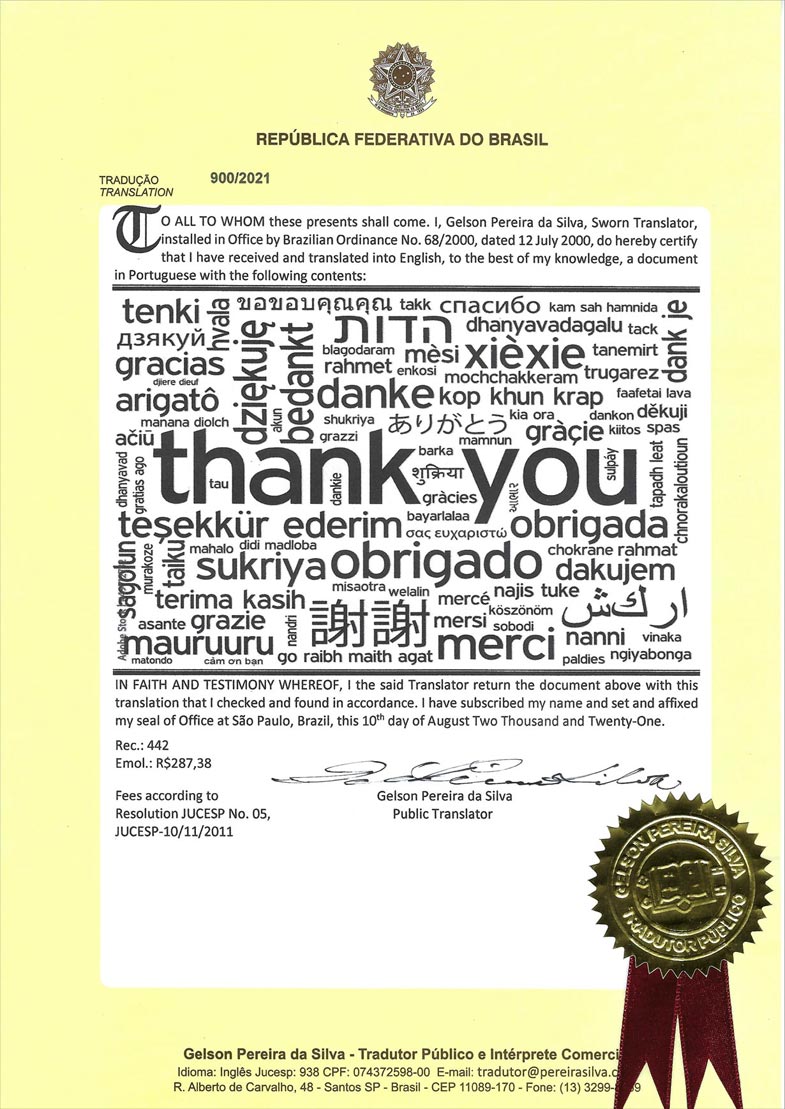 A Certified Translator and Commercial Interpreter is the professional who has sat and passed a series of official public exams and is therefore duly recognized, entitled and empowered by the respective Board of Trade in the State where he exercises his office, mainly in accordance with, amongst other things, the Brazilian Federal Decree nº 13.609, dated 21st of October, 1943 and, in the State of São Paulo, abiding by certain deliberations (especially Deliberation 4/2000) and by the set of Official Translation Fee criteria as determined by the State of São Paulo Board of Trade.

A Certified Translation is the official translation prepared by a Certified Translator and it is legally required throughout Brazilian territory so that documents written in a foreign language can produce their legal effects in Federal, State and County Offices, at any stage of jurisdiction, court, tribunal or entities which are maintained, controlled and/or instructed by the Public Powers (article 157, Brazilian Code of Civil Procedure and Federal Decree nº 13.609, dated 21st of October, 1943). Public faith is embedded in certified translations throughout the Brazilian territory, and they are fully recognised in most foreign countries.